At the Union European Cycling (UEC) Congress held in Brussels (Belgium) on Sunday which was attended by all the 50 European National Federations, Cycling Ireland’s Honorary Secretary Jack Watson was awarded one of the five UEC Merit awards which were presented at the Congress for his contribution to cycling in Ireland and Europe.

Jack was born into a cycling family as his father was a well-respected cycling administrator for over 50 years. Jack competed in races from 1954 until 1968. Some three years of this period was spent racing in England for Coalville Wheelers in Leicestershire. He also 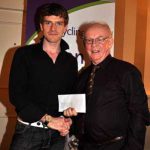 played a very active administrative role within this club.

He has been involved in numerous administrative roles in cycling since 1958 and became involved in national administration in 1969. He has served continuously in various roles since then. In that time he has held or currently still holds the following positions.

Registrar (30 years in this position) – responsible for the registration and licensing of members.

Locally, Jack was founder chairman of Toyota North Down Cycling Club and also held the position of treasurer, race secretary and committee member within the club. One of his major undertakings over the last number of years was to completely re write the Technical And Administrative Regulations for Cycling Ireland. Which he ensures are updated to international standards every year and all changes proposed and congress and adopted by the Board during the year.

On a sporting front Jack travelled extensively with various Northern Ireland and Irish teams in the 70s and 80s as either manager or mechanic. The included numerous World Championships and the 1984 Olympic Games.

Since qualifying as an International Commissaire (international cycling term for referee) in Colorado Springs in 1986 Jack has officiated in many countries throughout the world. 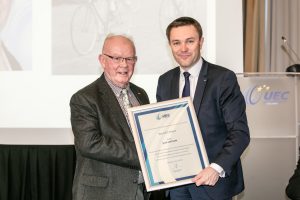 He has also acted as a Commissaire at the 1986 Commonwealth Games in Edinburgh, the 1998 Junior World Track Championships in Cuba, the 2000 Senior World road Championships in France and over Easter 2004 at the World Cup Track Meeting in Manchester. Jack had to retire in 2004 as a UCI appointed Commissaire at International Events as Commissaires are no longer appointed to international events after the year in which they reach the age of 65.

Jack has been very active in the field of anti-doping. He is currently a Doping Control Officer for U.K. Sport, Sport Ireland. He was involved with the Northern Ireland Sports Council in the mid 80’s in setting an Anti-Doping Policy for all sports in the province. In addition, he has served on numerous hearings in Ireland relating to athletes who have tested positive for performance-enhancing drugs and at the invitation of the Irish Sports Council has made presentations to other organisations on the application of Anti-Doping rules in the event of a positive result.

In 2003 Jack’s commitment to cycling both nationally and internationally was recognised by the UCI when he was presented with the UCI’s Gold Merit Award at the UCI Congress in Hamilton in Canada, the highest Cycling Award that can be presented by the Sports World Governing Body.

In 2013, in celebration of its 25th Anniversary, Cycling Ireland initiated a Hall of Fame in recognition of those who had significantly played a major part in shaping Irish cycling – Jack was one of the 20 initial persons inducted. 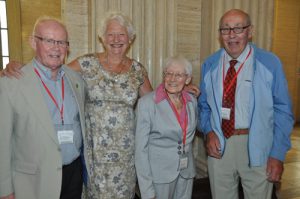