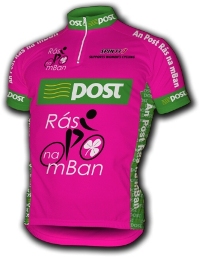 This is a 5-day international stage race consisting of 6 gruelling stages based in the heart of Kilkenny. This year’s route involves a lot more climbing that previous years and this is reflected in the team selection for the race. The CU team this year is arguably one of the strongest the province has ever sent to the race. 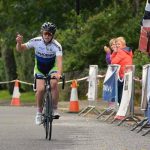 Claire McIlwaine
Claire McIlwaine will be looking to improve on her result from last year, finishing top 20 overall and 2nd county rider to teammate Eve McCrystal.
Claire has had an impressive season, comprehensively winning the Joe Daly’s National League as well as many other one day races throughout the season. Races like – Des Hanlon, Deenside Cup,Bike WorkX Classic,Bohermeen,and most recently Ulster RR Championship. Claire adds to this 3 stage wins at Tour of Omagh showing her sprint and climbing ability. 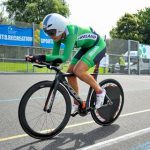 Eileen Burns
Eileen needs no introduction. Eileen had a top 4 placing on the TT at last year’s race and again will be looking to improve on this with a step on the podium. Eileen’s results this year on the TT scene have been phenomenal winning the Ulster 10 and 25-mile championships as well as breaking the Irish 25 and 50-mile records. She has also put in some impressive displays on the racing scene finishing top 10 at National Championships, top 15 in the Manx International GP and winning the Tour of Omagh. 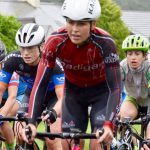 Katharine Smyth
Katharine Smyth is a name that has come to the fore this season. Katharine has been dominant in winning the Women’s Ulster League as well as finishing the first lady in many of the men’s races this year. Katharine’s most impressive results have come at the National Championships finishing inside the top 10 and finishing third overall at the Tour of Omagh. Katharine is a very good climber and showed this as she nearly soloed to victory on a hilly final stage of Tour of Omagh, at one stage leading the peloton by 1 min 30 secs. 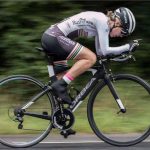 Claire O’Neill
Claire was dominant in the Women’s Ulster League pushing Katharine all the way narrowly finishing in second place. Claire displayed her excellent climbing ability when finishing inside the top 15 at the A4 Bobby Crilly race which finishes on top of Divis and is regarded as one of the toughest one-day races in Ireland. Claire is a latecomer to cycling but has proved over the past seasons that she is worthy of her place on the team. 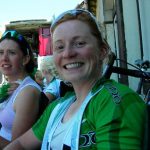 Heather Foley
Heather Foley, formerly Wilson, is a former Irish National Road Race and Time Trial Champion and is the current National Crit champion. As well as this Heather has represented Ireland at the World Championships. In recent years Heather has turned her focus to triathlon and has been very successful winning countless amounts of races in both Triathlon and Duathlon. Heather will be keen to get stuck in this week after being unfairly disqualified in the recent middle distance National Triathlon Championships. 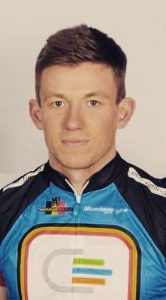 Josh Murray (Team Manager)
The team will be managed by Josh Murray, whilst young, Josh has a wealth of experience in stage racing having been involved Tour of the North, Ras Donegal and Newry 3 Day as well as managing the CU Team to their success at Tour of Omagh. 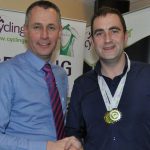 Jason Burns (Mechanic)
Jason Burns will be the team mechanic, having done so at last year’s RNM and has years of experience looking after the equipment.

Conor McIlwaine (Soigneur)
Conor McIlwaine is the team soigneur. Conor is well known in the cycling community through his exploits in racing known best for winning the yellow jersey at Gorey 3 Day as well as representing Ireland on the international stage.
Conor has a wealth of experience as soigneur having worked on the youth teams this year at Ras Donegal and Junior Tour of Ireland 2016

Eileen, Claire, Catherine, Claire, Heather, Jason, Conor and Josh, wishing all of you the very best of Irish Luck over the next 6 stages at Ras na mBan, ride every day with determination and the confidence in knowing that all of us here in Ulster is behind you.!
We are very proud of you all.