Your chance to get involved in Woman’s Cycling 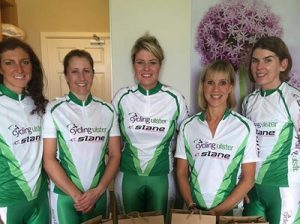 Positions on the Commission
The commission will be made up with the following positions.  All of the posts are available.
A member of the Cycling Ulster Executive will attend this AGM.

You can put forward nominations for the above posts by following the criteria below.  You can also put forward motions, again, using the format below.  Nominations and motions for change must be sent to Maria O’Loan at theoloans@yahoo.co.uk by close of play on Thursday 26th January 2017.  Maria will confirm receipt of your email.

Nominations
All nominations must be from a current Cycling Ireland member aged 18 or over.  The nomination should read
“I, <your full name>, Licence number <your licence number>, would like to nominate <full name of candidate> for the position of <position>.”
Note: The candidate must be aware of the nomination.

Motions
The motions must be put forward by a Cycling Ireland member and must begin with the line:
“I, <your full name>, Licence number <your licence number> would like to put forward the following motion…”.  Please ensure the motion is clear.

The person who puts forward the motion MUST attend the AGM or their motion will not be heard.

All members of Cycling Ireland clubs can attend however only nominated delegates from the clubs are entitled to vote.  All attendees must sign in with their name, club, and licence number (either 2016 or 2017).

The meeting will be chaired by Maria O’Loan