Having been close to the action in early season events, Lindsay Watson (Plush MTB) finally opened his account for 2016 with a fine win in the John Haldane Memorial event in Newry on Sunday 28th February.

The popular Newry Wheelers event, run over the Newry-Warrenpoint carriageway in County Down saw the field come together for a bunch sprint, after a four-man break was reeled in towards the end of the race.
Watson had ridden well in the previous week`s Travers Engineering Annaclone GP event, and was unlucky to suffer a mechanical during the event, and was again in the action in the previous day`s John Moore memorial event in Carryduff, but things finally came together in Newry, with a well-deserved victory for the Plush rider who realised an early season ambition in winning a Road event.

Such is the nature of racing on the A2 carriageway that it regularly finishes in a bunch gallop, however earlier in the day Watson had been part of a four man break which included Banbridge rider Gareth McKee and some of the promoting Newry CC lads, however that came to nothing and Watson bided his time for the final effort, watching the moves and following the right wheels as the race reached its climax on the outskirts of Newry. 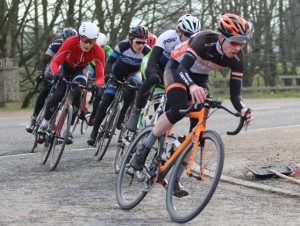 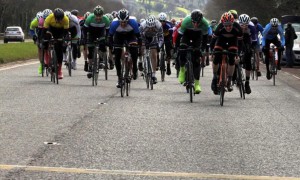