Ulster’s young cyclists made their way to Youth Sport, Omagh on Saturday 3rd February as the first event of 2018 for the Cycling Ulster Youth Commission took place.

Omagh Wheelers hosted the event that was based at Youth Sport with the under 16 and under 14 cyclists taking part in a training spin and Youth Tour of Scotland selection drills on the ‘McCann Cup’ circuit.

The under 16 boys were put through their paces by Stevie McKenna from the home club and he was assisted on the bike by Davy Mc Fall, Paddy Maguire, Aaron Wiley and Matthew McAllister. Cycling Ulster Assistant Chairman, Tommy McCague and Youth Road Co-ordinator, Shaun McBride acted as observers. Over the two laps of the Mc Cann Cup circuit Stevie put the boys through a great session focusing on the many aspects of being a successful bike rider.

Various exercises and drills allowed the observers identify the riders who have wintered well. Each of the groups on the road  were assisted by members of the Powerhouse Junior Team. Cycling Ulster Youth Commission are very grateful to Garth Young and all the boys for their help with the event. It’s great to see these young men happy to give back to their sport. 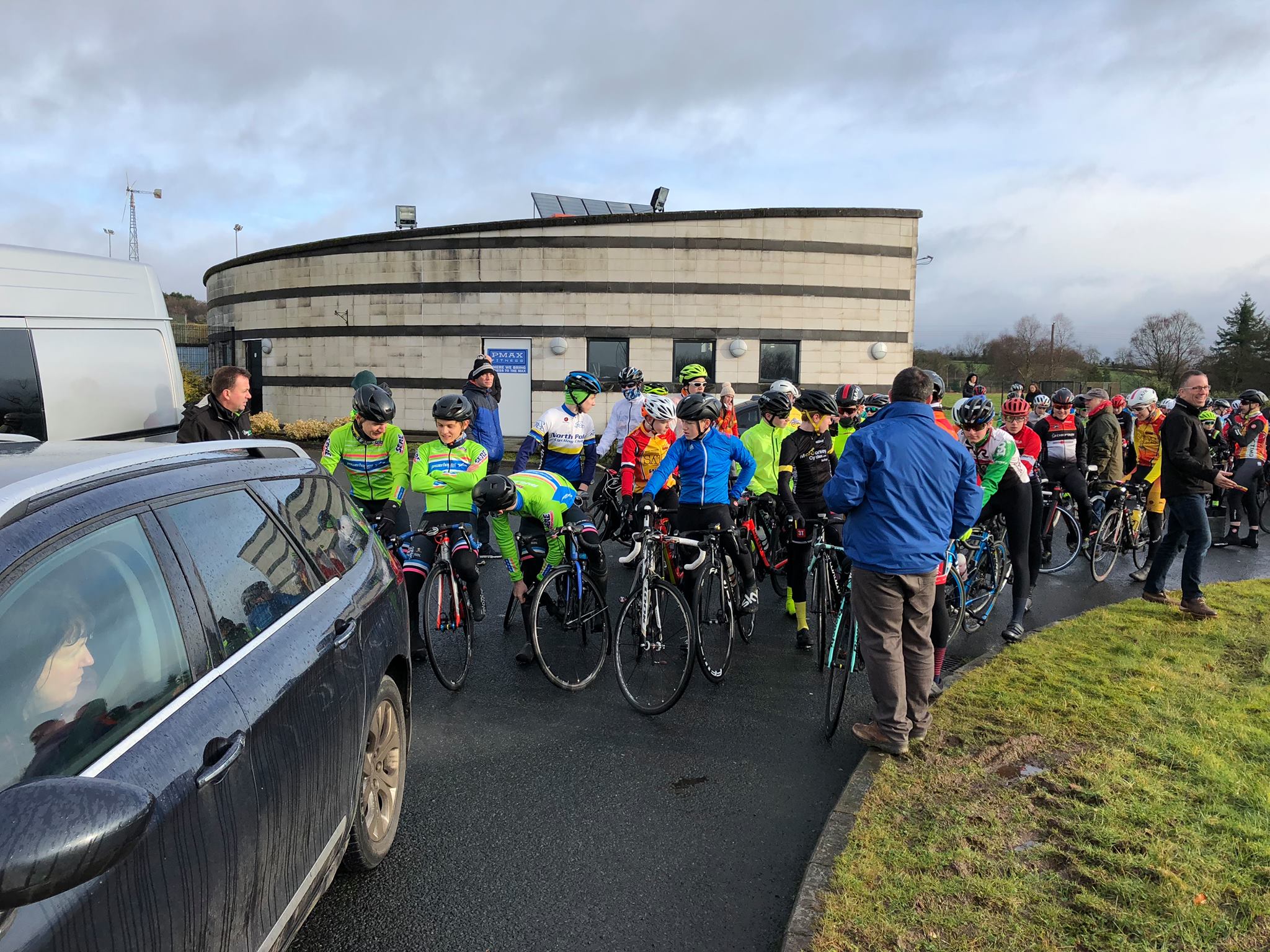 The under 14 boys were under the careful stewardship of Peter Award, assisted by Aidan Kelly and Christopher Armstrong. Dara McKenna from Emyvale CC and a number of other parents also assisted. CUYC personnel Jim Maguire and Doreena White were the observers. The Ulster under 14’s showed themselves to be a talented bunch and can only improve after the assistance and fantastic advice passed to them by Peter and the Powerhouse squad. The performance of these lads during the various drills and exercises is a real precursor of what we can expect from these boys this year.

The final group on the roads was a composite girls group, featuring the junior, under 16 and under 14 categories. The CUYC provided the girls with the same opportunity as the boys with girls only groups. There were a total of 11 girls on the road, led by Brian McComb and assisted by Joanne Gray, Ashley Donald, Lorraine Jeffers and Caroline Kelly. Paul Dixon and Gary Rafferty acted as observers for this squad. The girls squad has shown some great improvement over the past 12 months and have a promising season ahead.

Cycling Ulster Road Youth Co-ordinator, Shaun McBride commented “The Cycling Ulster Youth Commission would like to complement all our kids for exemplary behavior on the roads today. Too often are young people get unfair criticism. The feedback from all adult cyclists who accompanied the group praised the positive attitude and behaviour of all participants.”

Due to the inclement weather and the various experience and ability range of the under 12 riders, it was decided to carry out a session at the local track. Olly Logan led this session and was assisted by Steven Lindsay and a number of other parents. It was brilliant to see a large turnout of under 12 riders and in particular the large contingent of girls from Clann Éirean CC in Lurgan. 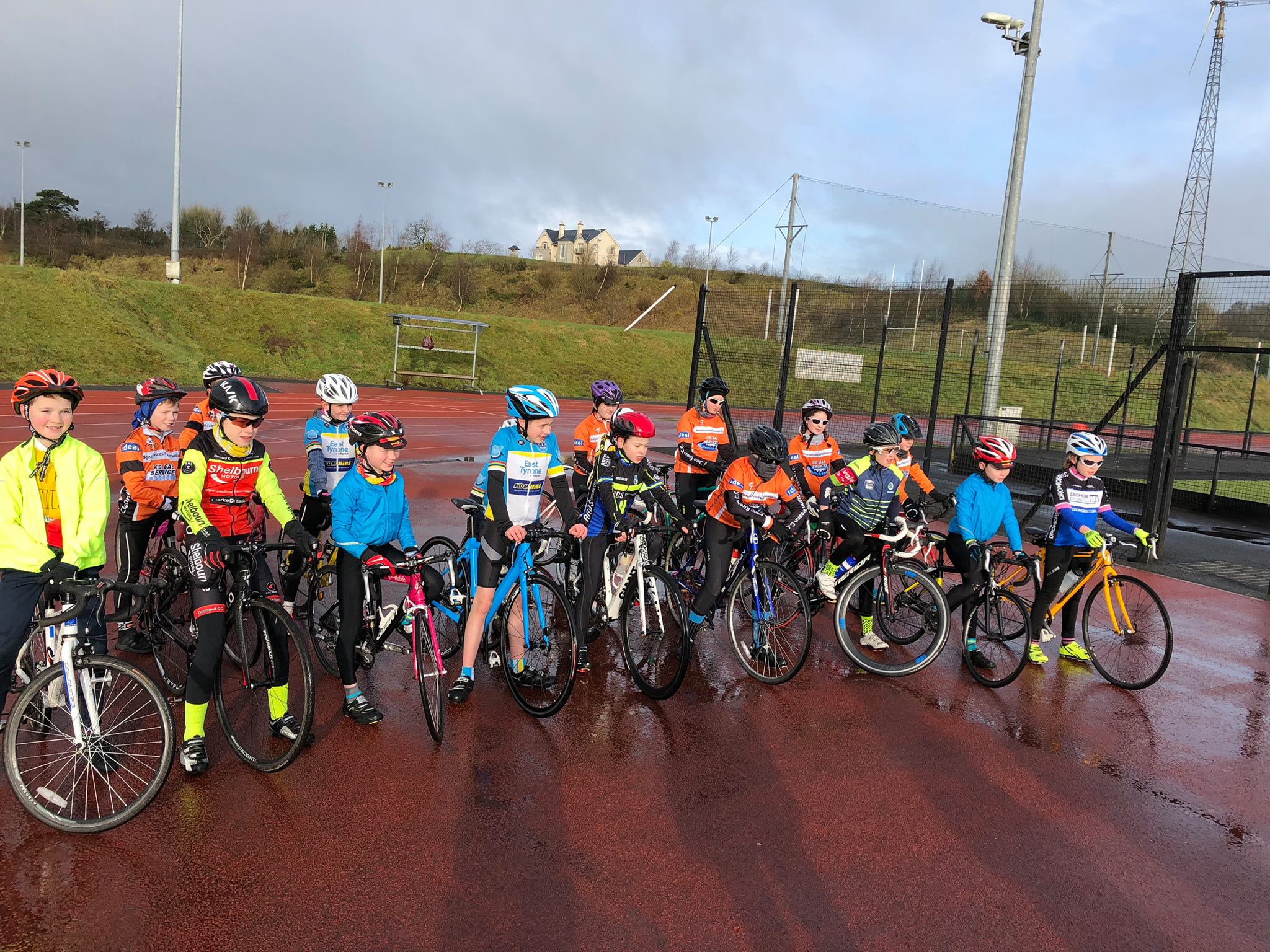 With over 70 riders signed on the cold weather didn’t put anyone off.

Well done to all the cyclists on the roads today

CUYC would like to thank all those who helped with the event. There was a great show of support drivers in the form of Sean Kelly, Denise Owens and Charlie Fisher in the lead cars and Cycling Ulster Chairman Maurice McAllister, Chris Donald and Gerard Ferrity in back-up cars and Edmund Wiley and Philip Neill in broom wagons.

Thanks also to our hospitality helpers, Eithne McGuigan and her team who provided soup, sandwiches and tray bakes on our return.

Thanks to our venue hosts, Youth Sport and Sean Curneen.

Siobhan McGrath, Omagh Wheelers Safeguarding Officer was also on hand, as ever the priority when running these events is the safety of our children.

Our final word of thanks is to Charlie Fisher and his team at Omagh Wheelers. Charlie has been a fantastic help in the past 3/4 weeks as the CUYC prepared for the event.

The CUYC will be announcing their riders to represent the province in Castlebar and those selected for the next stage of Youth Tour of Scotland selection process in the near future. 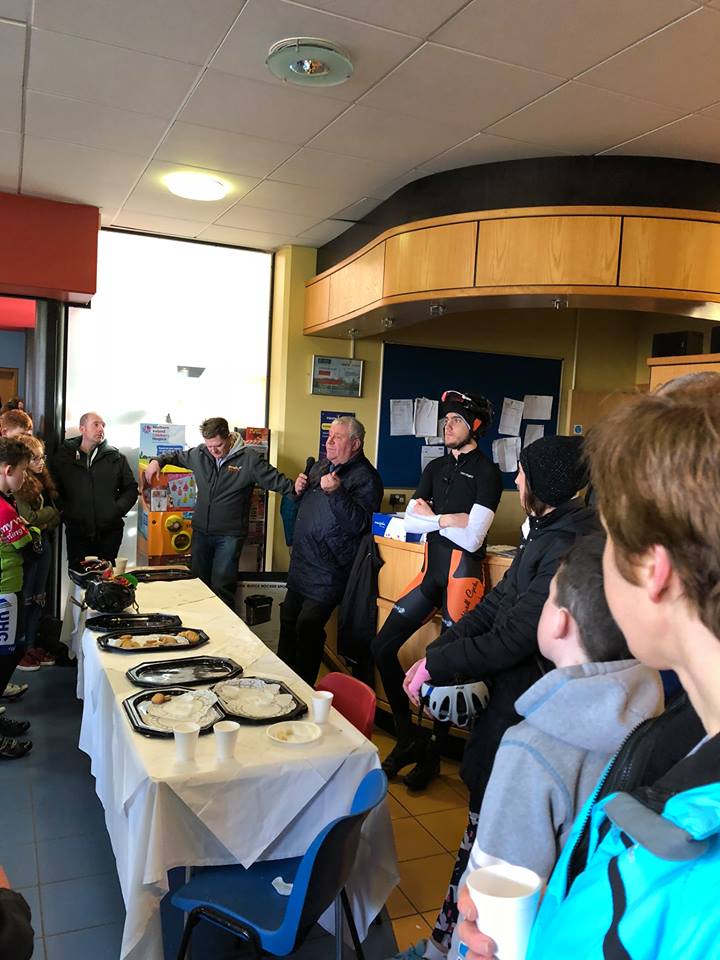