Cycling Ulster has today announced its team line-up for next weekend`s Beaumont Trophy one-day UCI race in North East England.
A full 6-rider roster will line up along with some of Europe`s best, including an Irish National squad, for the 117-mile (187km) event promoted by the Gosforth Road Club.

The Beaumont Trophy was first run in 1952; the year after the Gosforth Road Club was formed. It was presented by Rex Beaumont, a cycle and motorcycle wholesaler based in Newcastle.
The first edition of the race was won by Stan Blair riding for Viking Cycles and in the intervening years the race has been won by many famous riders including Sir Bradley Wiggins, Chris Newton, Russell and Dean Downing, Malcolm Elliott and Don Sanderson to name but a few.
The most prolific winner of the Trophy is Ray Wetherell who has won it 5 times followed by Sir Bradley Wiggins has won it twice.

The race is now on the International calendar as a UCI 1.2 event and is one of only 5 UCI events in the UK. It is centered around the village of Stamfordham and takes in the fearsome climb of the Ryals where Team Sky launched their attack that resulted in Wiggins winning the National Road title in 2011.

The race will start at 1.15pm and will be a combination of two circuits. The larger circuit is 22.3mls and includes the climb of the Ryals which will be tackled 4 times by the riders. The smaller circuit is 13.9 mls and this will be tackled twice. The race will start with one lap of the smaller circuit before going on to complete 4 laps of the larger circuit and then finish with a final lap of the small circuit, with a total distance 117mls (187km).

Ulster`s squad, to be managed by Anthony Mitchell and Gary McKeegan will comprise –

All riders have performed well over recent months, with McGlinchey the star of the early season races, and first year Senior rider James Curry the winner of last weekend`s Donegal Ras.

In a reversal of the National squad in the recent An Post Ras, which had 4 out of 5 riders from Ulster, the national squad for next weekend sees no Ulster riders in the line-up, with National Champion Damien Shaw giving the 2015 winners jersey one of its last outings before the 2016 Nationals which take place at the end of the month. 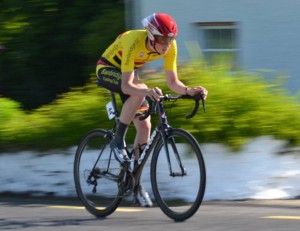 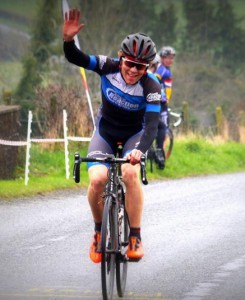