Forty four riders of all ages and categories took part in the annual track cycling season opener – the Duane Delaney Track Grand Prix.
The popular event is a Omnium event with 3 “sprint” events favouring the fast men and women and an endurance scratch race to give the track sprinters a hard time.

A total of six Ulster riders had an early start and headed down to Dublin for the track cycling season opener and what a day it was for them. Fine weather was in store with little wind and lots of sun ensuring many left the velodrome looking like fried lobsters.
Shenna McKiverigan (Powerhouse Sport) was once again in outstanding form throughout the day winning three of the four events in the women’s category and only just finishing a close second to former masters world champion Orla Hendron in the mile. At the end of the day she won the 500m TT in 40.34 seconds which is a new National record in the Jr women’s category, an extraordinary time considering an unfortunate start saw a little time lost at the gate. This was a superb performance for the young Ulster woman who recently claimed all of the Junior women’s National track titles. 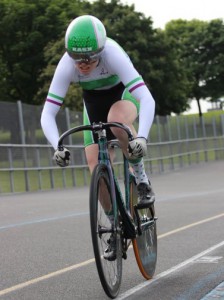 Amanda Gallagher (Caldwell Cycles) finished an excellent 5th in the ladies category with great consistency throughout the demanding day with very quick times that have improved greatly in 12 months. A time of 41.56 seconds in the 500m TT was very impressive and quicker than any female other than Shenna McKiverigan included beating top senior girls, and with the days points added up she walked away with the U16 women’s prize! Another superb result for the U16 rider who along with her father had a very early start and long drive from Donegal. 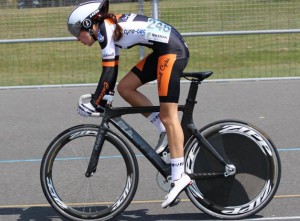 Ballymoney CC’s U16 Arthur Taggart put his sprint to good use a few a couple of times to take a first place in both the 200m TT and the mile, he also just missed the win on the 500m TT but he will feel satisfied knowing that as a young sprinter there is more to come from the multi under14 champion who is already showing a lot of potential. 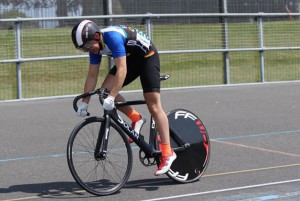 North Down CC’s Paul Swenarton was on form with a low 13 second 200m TT to start the day which was best of the M50s followed with a solid fourth in the mile. He obtained enough points in the scratch race to qualify for the 500m TT which he rode in a very respectable time of 40.44 seconds which was best of the M50s and finished a close second over all at the end of the day in the M50s. 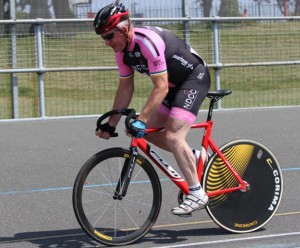 First year junior and reigning national pursuit champion Xeno Young (Powerhouse Sports) just missed out by one point on the overall `A` title. He finished no lower than fourth position in any of the events and took a great win in the 15 lap scratch race and was leading the points up until the final event which was the 500m TT where he finished fourth with a stunning time for an “endurance” man of just 36.32 seconds. Those of us who understand the track will appreciate how quick this is for a junior who can ride the longer races so well. 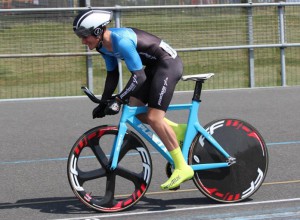 Coleraine man Ronan Sherman riding for the Black Rose club was taking a bit of time off competing abroad was perhaps slightly off form on the day but still managed to finish third in the 200m & 500m TTs and was very unfortunate to have been boxed in during the final stages of the mile dash heat denying him and the spectators his well known and impressively fast kick. 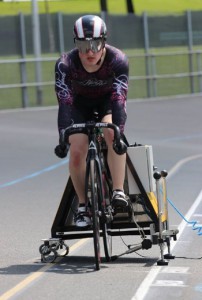 Belfast’s Tony Mairs (Arcane Cycling Team) started off the day 2nd in the 200m TT and followed up with a convincing win in the mile. Having worked on his endurance the past couple of months he surprised many to take seventh and some valuable points in the scratch race. He just missed on a PB and national track record in the 500m TT but had just enough points to win the `A` category overall. 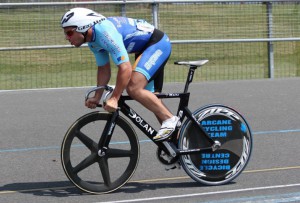 All in all, a top result for the Ulster men and women especially against some very strong riders. It looks like it will be another great year for the Ulster track riders of all ages!

This was a great event and ran like clockwork as usual and the riders had were well looked after, a very big thank you to everyone who helped things running smoothly!

Once again the Ulster coaches at Orangefield have managed to show what they can do with relatively few riders and facilities. Anthony, Nicola, Gary, Paul and Scott put in a great amount of work and their commitment has been invaluable and is paying off in spades! It may not be too long before the Ulster has another world class rider or two but we do very much encourage more riders to express an interest in track cycling. The track is a great place to be and events run through to September which do not clash with the road season too much, also there is have an outdoor velodrome in Belfast which is begging to be used more so please take a look at the links below and get yourself down to the track!
Duane Delaney Overall:
1st) Shenna McKiverigan (Powerhouse Sports) – 31pts
2nd) Thomas Kabs (Sundrive Track Team) – 29pts
3rd) Dave Sherlock (Sundrive Track Team) – 27pts

Report thanks to Tony Mairs.