Last Wednesday Ireland’s premier cycling event, The Ras na mBan kicked off in Kilkenny. A total of 114 riders from 24 teams representing 13 different nations took to the start in Kilkenny for an event that has become established as one of the toughest and friendliest autumn stage races on the calendar. This included a strong team from Women’s Cycling Ulster including Lisa Lamont (Team Madigan), Katharine Smyth (Team Madigan), Sharon Bird (Team Madigan), Claire McIlwaine (Phoenix CC) and Eileen Burns (Ballymena Road Club).

The Ulster Team battled hard and made their presence known throughout the 6 stage race. Katharine Smyth produced a consistent and strong performance throughout as she chased the green jersey prize for the best country rider until the finish line of the final stage. On the completion of stage 6 the green jersey was awarded to Eve McCrystal of Garda CC. Women’s Cycling Ulster and Commission congratulates Eve on obtaining this jersey and the hard work and determination she displayed! Katharine finished 11th overall in the GC and second county rider.

Not to be forgotten Claire McIlwaine, the former Green Jersey winner from 2016 produced another fantastic performance placing her also in the top 20 GC as she placed 16th. After this Eileen Burns of Ballymena Road Club improved on her performance from her previous performances at the Ras placing 34th, improving nearly 20 places from her finish in the GC of 2016. Eileen, like many riders this year, was the victim of a number of crashes that unfortunately impact on overall GC standings, however this is a risk and misfortune that all riders face the risk of incurring.

Lisa and Sharon showed fantastic determination and drive on this their debut at the Ras na mBan. Lisa and Sharon, again were involved in a nasty crash, which nearly brought Lisa’s race to a premature end in Stage 2 when a large number of riders crashed. This resulted in Lisa having bruising to her ribs, however she finished the stage and the entire race carrying this injury!! Sharon showed her strength as an endurance rider and skills in climbing as she had no problem climbing with the leading bunches across many of the stages!

Throughout the 2017 season Women’s Cycling both in Ulster and Ireland has been growing and with that the quality and quantity of talented riders. Now the 2017 road season has come to an end, its time to reflect on your performances and set your goals for 2018, once you have taken a well earned break first!!

Could you be in the Green Jersey at the Ras na mBan 2018? 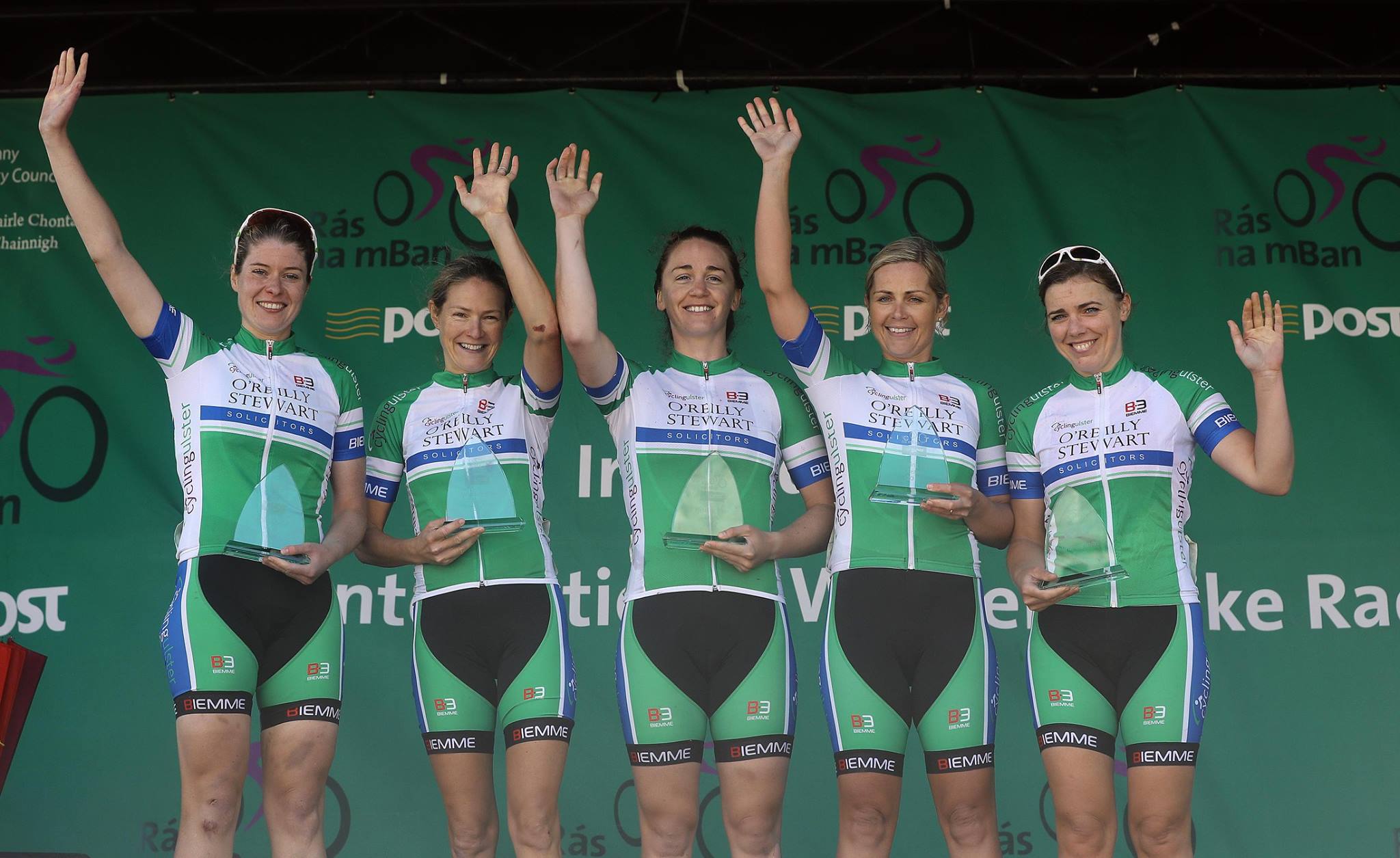