The Waterford rider made a brave step away from professional cycling in Belgium this season, despite success on the continent.

Hennebry justified his return to the domestic scene when taking International stage race Rás Mumhan, and has continued to shine on the National Road Series circuit.

No win was sweeter than Saturday though, as Viner Caremark Pactimo’s rider sprinted to beat Adam Ward on the line in Broughshane.

“I didn’t really know how it was going to go because there was a good few within striking distance.” He said. “I either had to mark them or win the race. The way it fell, I ended up winning the race.”

On a 103km day through, The Glens of Antrim courtesy of Ballymena Road Club, the Men’s National Road Series field was splintered to pieces by climbs, head winds, and fast-paced racing.

How Hennebry got in there, he explained: “An attack went away, I followed it, and then we ride hard to get across to the break. It split on the last climb and I rode away there with Adam.”

He added: “It was one of the hardest races of the year. Up and down all day, so I was delighted to win. Its a great way to end the season.”

In the Red Hand Trophy itself, Adam Ward finished second, with Maybin in third. 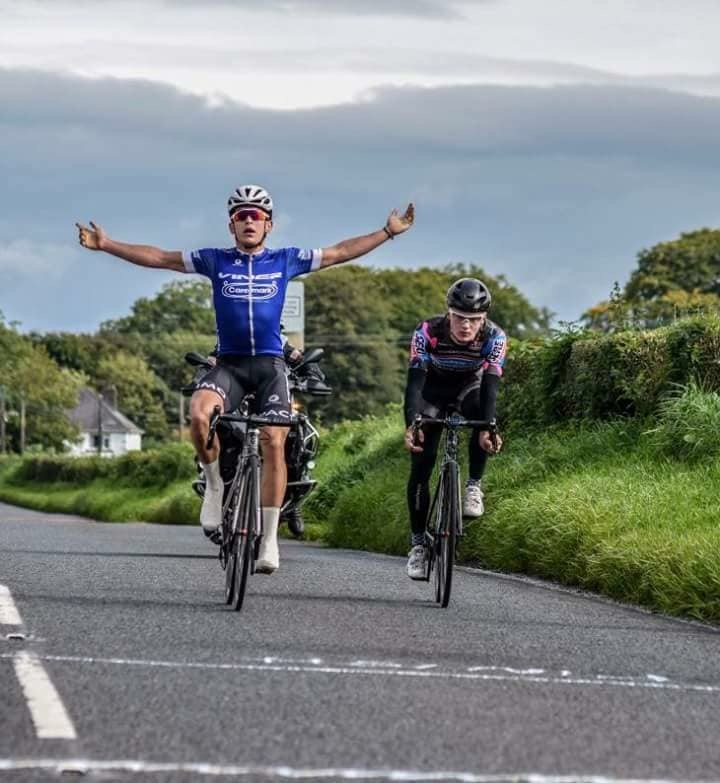 In the Womens race local rider Katharine Smyth pipped Aine Donegan on the line in a nail-biting finish, but it was not enough to topple the overall leader.

Her hopes were helped when last year’s winner Eve McCrystal was forced out of the race through injury, that loss leaving the Scott-Orwell Wheelers rider with only rival: Smyth.

Eileen Burns instigated an early attack inside the first 20km, and brought Smyth and Donegan away with her, the trio extending their gap beyond 8 minutes towards the line.

Time Trial specialist Burns was dropped on the climb at Carnlough, leaving Smyth and Donegan to fight it out for the final kilometres.

Smyth said: “Aine was going to win overall. I had nothing to lose. So we came into the end together in a sprint, and I’m delighted to get the win.

“It was class. I was really looking forward to riding that course. Its all local roads to me. I knew every climb, and where I might take points from Aine, but neither of us ever did get a gap.”

Despite being beaten half a wheel, Donegan was presented with the Women’s Cycling Ireland National Road Series trophy, Smyth finishing second overall again, and McCrystal holding on to third.

Donegan said: “I’m delighted to get the overall win. That was my favourite race in the whole National Road Series. It had such a variety: nice climbs, good road surface, and a TT style section.

“The three of us worked well together and Katharine put in a few attacks, which made it really hard in the end. I didn’t get the win, but I’m thrilled for Katharine.”

Donegan has had a phenomenal first season, making the Irish team for racing on the continent and in Rás na mBan, but the one thing she lacked was a race victory.

She said: “It’s something to aim for next year.”

Burns finished third in the Red Hand Trophy and will now head to Innsbruck for the World Cycling Championships.

She said: “I come away from today positive, because it was a hard day and I’m happy I finished so close to those girls. I can’t wait to get out there.” 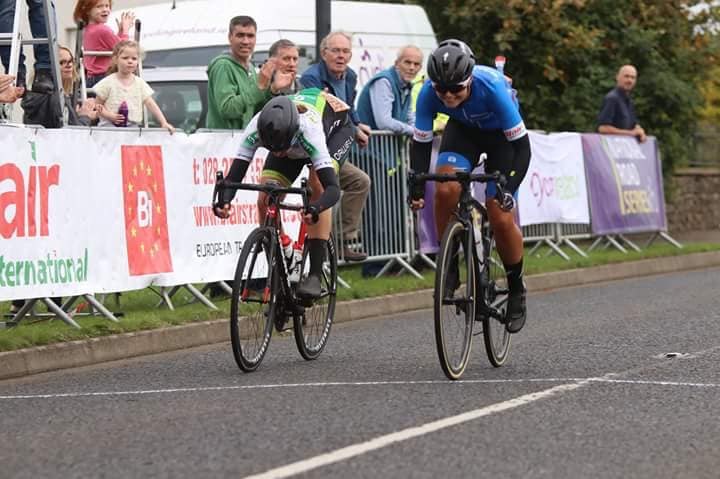 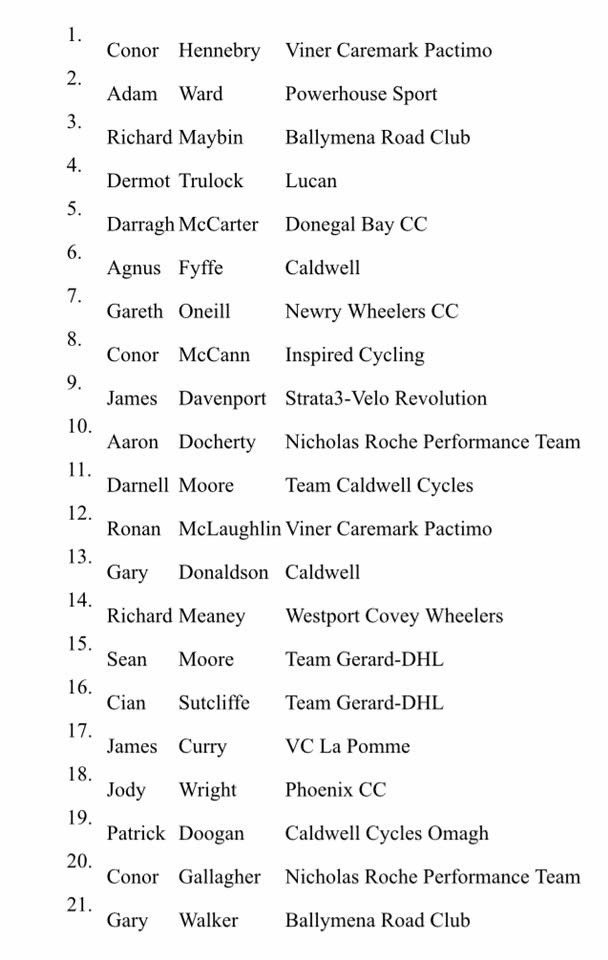 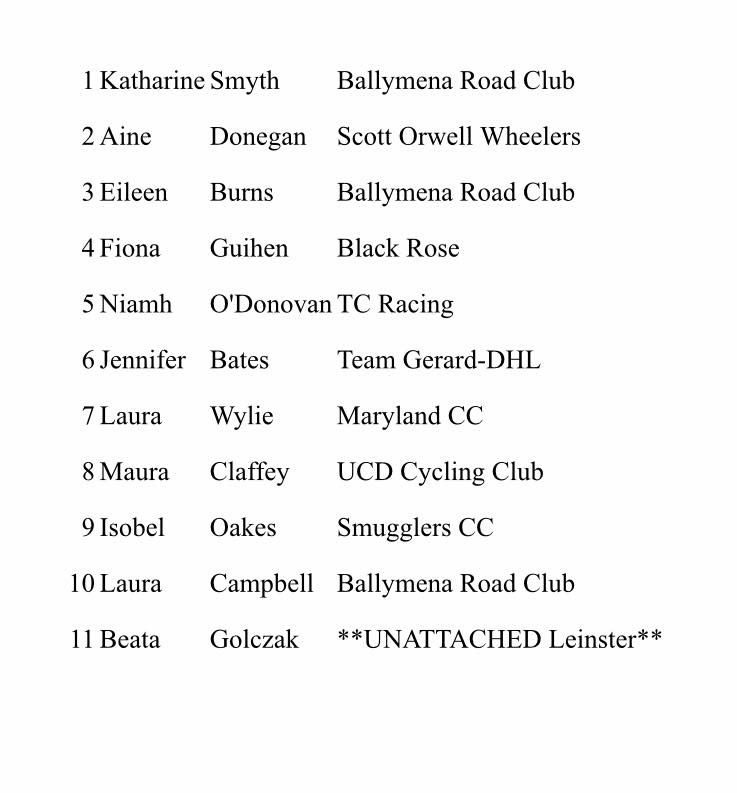