Ras week gets underway this weekend

This weekend sees Ireland`s premier stage get underway, when the An Post  8-day international Ras rolls out from Dublin Castle on Sunday.

Ulster is well represented in the event, with riders on the National Squad, UCI teams and the many County teams which make up the 180+ rider field.

2016 sees a National squad back in the race, with no less than four Ulster riders in the five-man Ireland line up. 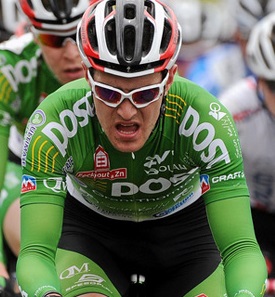 Former An Post-Sean Kelly team professional rider Ronan McLaughlin from Donegal will carry the race number one, and will act as team captain/mentor on the squad which includes Co Down duo Matthew Teggart and Mark Downey along with Belfast`s Chris McGlinchy. The `outsider` on the team is Munster rider Eddie Dunbar, the current National Under 23 champion, who has been making a name for himself with his American squad.

They will be managed by one of Ireland`s most experienced riders and 2004 Ras winner David McCann, whose brother Cormac will also manage the Co Antrim entry. 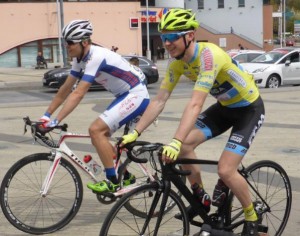 Newtownabbey`s Jack Wilson will line up for the An Post-Chain reaction UCI team which sees National Champion Damien Shaw spearhead their challenge.

There are national squads from New Zealand, and Austria – who  have provided the past two winners of the event, and sees 2014 victor Clemens Fankhauser back, not as part of the National Squad, but as part of the Austrian UCI ranked Tirol Cycling team.

UCI teams from Germany, The Netherlands, USA, France, Denmark and GB are also in the hunt for overall glory, whilst it is the County teams which provide the backbone of the race, with no fewer than 21 Irish County outfits seeking to come out on top over the coming week.

Antrim have two teams entered: the Phoenix CC team, managed by former Olympian Cormac McCann and including Ciaran McVeigh, Fergus Rooney, Jody Wright, Karl Morgan and Niall O`Gorman, and from the other end of the county, Ballymoney CC – Beisty`s also fly the Antrim flag and are managed by former Ras man Niall O`Hagan and Cycling Ulster Chairman Maurice McAllister. Their line-up sees a mix of youth and experience, with Angus Fyffe, Craig McAuley and Aaron Swan joined by Steven McAllister and Ryan Bankhead.

County Down also has two teams, equally divided between North and South, with the North Down squad led by current Ulster Champion Dave Watson, and including James Ambrose, Dave Hamilton, Lewis Ferguson and Darnell Moore. 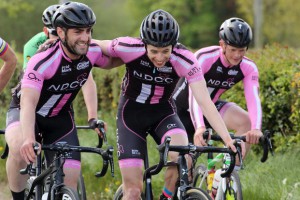 185 riders are on the start list, and no doubt there will be a few alterations before the race rolls out from Dublin Castle at Noon on Sunday to tackle the 144km first stage which ends in County Westmeath at Multyfarnham at around 3.30pm.