Following a 3rd place in the Tour of Ards followed by a 7th place in the opening National Series round the previous week (Ras Luimni) in Munster, Chain Reaction Cycles rider Chris McGlinchey was surely fancying his chances for a win when the Cycling Ireland National Series arrived in Ulster for round two, the Wallace Caldwell memorial promoted by Ballymena Road Club.

The event is one of the last remaining single loop events in the province and seldom varies from its traditional 75 mile route which takes in the key climbs at Cam Forest, Springwell Forest and the sting in the tail – Tully.

It was to turn in to a close run affair, with the biggest event in Ulster coming down to a photo-finish, despite the tough terrain and aggressive racing.

Once again the all-conquering Asea-Wheelworx squad were out in force, with defending Caldwell winner and 2015 National Series winner Bryan McCrystal heading up a strong blue-train presence.

Following the climb at Cam, closely followed by Springwell – always a race-shaping ascent, three from this group, Watson McKee and Reilly forged ahead while the remainder were caught by the closing bunch.

The trio managed to increase their lead to 1 ½ minutes at the top of Springwell before the chase behind really got underway, with the leaders finally being reeled in with around 12 miles remaining.

A reduced bunch contested the finish at Galgorm, with 2015 Tour of the North winner, and current Ulster Road Race Champion Davy Watson (North Down CC) timed his sprint perfectly to edge out 2015 National MTB Downhill Bronze medallist McGlinchey, on the same stretch of road where he secured hi Tour of the North Victory a year previously. 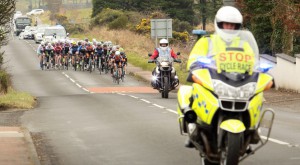 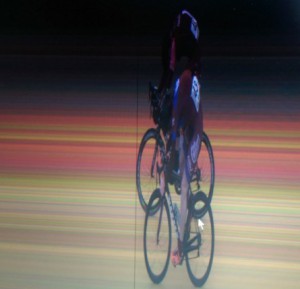