Earlier this year Cycling Ulster gained the support of O’Reilly Stewart Solicitors and MDS Sports through sponsorship of our racing kit across all branches of our sport. Please see press release below.

O’Reilly Stewart will provide Cycling Ulster members with advice in respect of legal issues arising from cycling accidents including compensation for personal injury, cycle damage and insurance. The firm has developed an App which helps cyclists gather information at the scene of an accident. The O’Reilly Stewart App can be downloaded for free via the App Store or Google Play.

Neil McGranaghan, Associate Solicitor at O’Reilly Stewart commented as follows; “We are delighted to sponsor the Cycling Ulster Kit which will be worn by over 20 Cycling Ulster teams including a number of youth teams. O’Reilly Stewart Solicitors remain committed to assisting the cycling community and to providing specialist legal advice to cyclists in respect of the complex legal process that can ensue following an accident.”

Maurice McAllister, Chairman of Cycling Ulster, expressed his delight at the formation of a relationship with the Belfast-based law firm, and said “It is fantastic to have a company like O’Reilly Stewart Solicitors come on board to back Cycling Ulster. This kit has already been seen at the international An Post Rás and was worn by John Buller in the Junior Tour of Ireland last month as he took two fantastic stage wins against some of the top young riders in the world. In September it will be on the track boards with the Cycling Ulster youth team as they take on the UK Inter-Regional Championships while our top female riders will don the kit for the first time in the An Post Rás na mBan.” 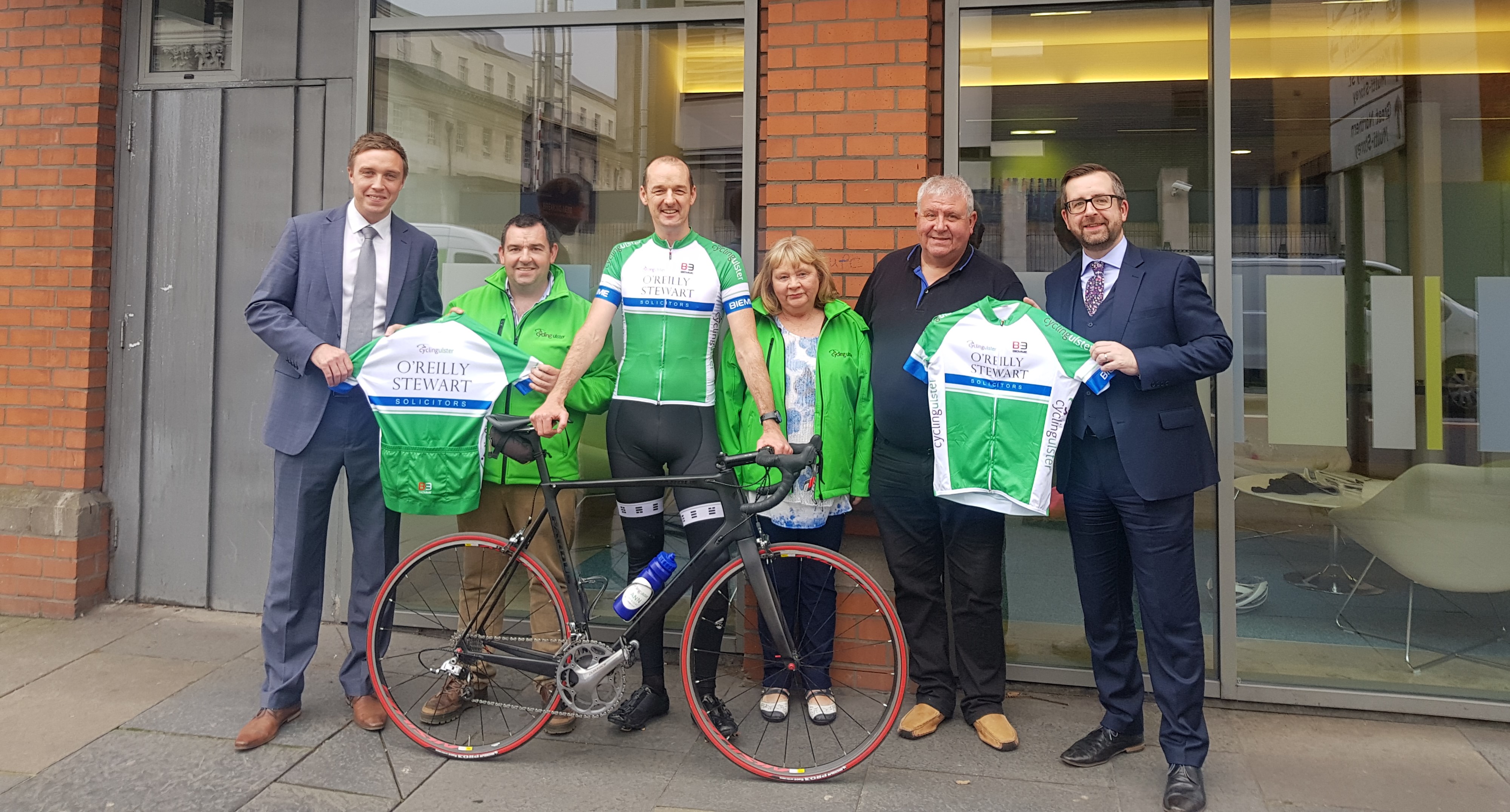