Cycling Law – Changes on the Horizon

The winter is very much upon us and the mornings and evenings are dark, dreary, and often wet. The number of brave souls making their commute to work by bicycle on these dark winter mornings is impressive, as are the intrepid cyclists heading out at the crack of dawn at the weekend. However, the risks for cyclists on the roads are at their peak at this time of year, with road conditions often poor and visibility a major issue. Also, the law governing cycling is under constant review and some big changes are on the horizon.

With that in mind, it is useful to remind readers of the current legislation informing rules and etiquette around the cycling / driving relationship and look further afield to the measures introduced in other countries to keep people safer and contribute to reducing the high number of fatalities on our roads.

Regardless of whether you are a beginner or experienced cyclist, for all road users the Highway Code is an essential read. Many of the rules contained in it are legal requirements for which failure to comply will constitute a criminal offence and could result in a penalty. The remainder of the Code is comprised of rules which if breached won’t result in prosecution, but can be used in evidence in Court proceedings to establish liability.

There are also potential changes on the horizon to impose greater obligations on cyclists. New government proposals in the UK are recommending the creation of a specific offence of ‘Death by Dangerous Cycling’. This would appear to be a response to the death of Kim Briggs, a pedestrian who was tragically killed after a collision with a cyclist in 2016. We will of course keep an eye on this and ensure cyclists are kept up to date with any new obligations on them as road users.

For further information contact Kevin Hegarty at O’Reilly Stewart Solicitors (kevin.hegarty@oreillystewart.com / 02890 321 000), or look at the Cycling section of our website. 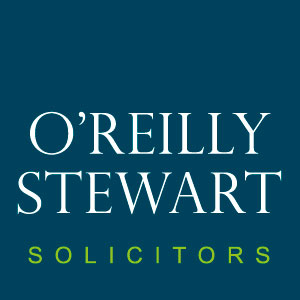