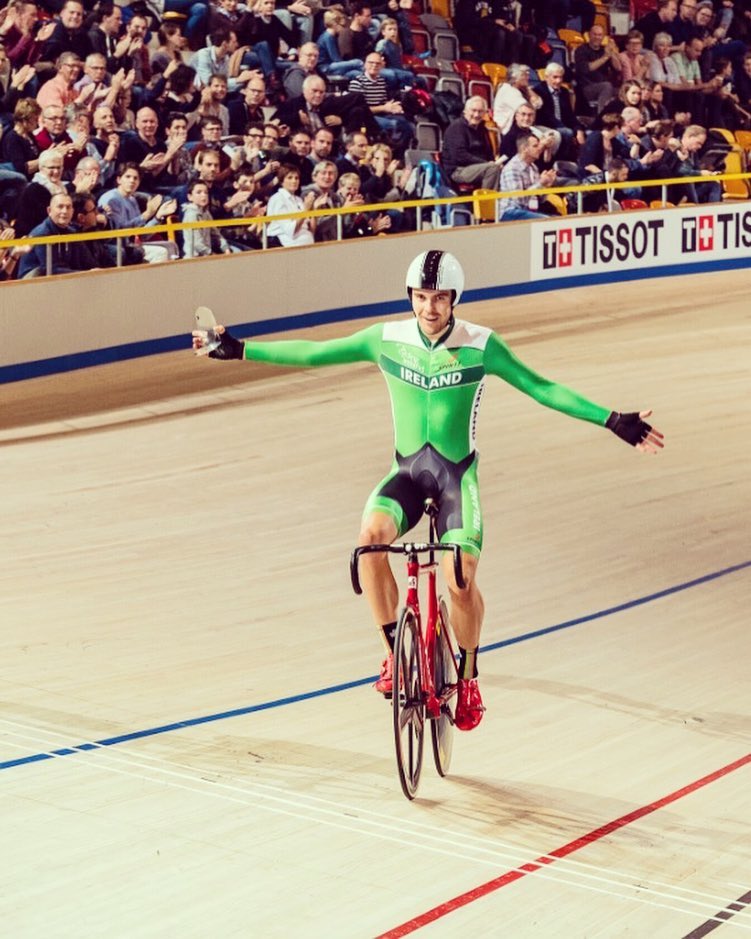 Ireland’s Mark Downey has won points race gold on the second day of the UCI Track World Cup in Apeldoorn in the Netherlands. Downey, from Banbridge in Co Down, was victorious in the final sprint to win on 18 points from France’s Morgan Kneisky on 14 points.
The points race is a bunch race of 120 laps of the velodrome, with sprints every ten laps. The rider with the most points at the finish is deemed the winner.
20-year-old Downey cemented his gold medal with a formidable win on the final sprint which earned him double points.
Having won a silver medal in this event at the Junior European Championships in 2014 and followed that up with a silver in the U23 European Championships earlier this year, Downey was happy to finally take a major gold.

“I can’t believe it. To be 20 years old and winning a world cup is out of this world,” he said.
“I have two silver  medals in this and am working towards the Worlds, I’m off to a flying start. 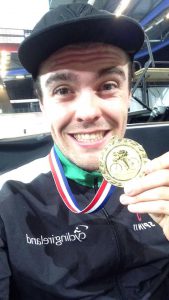 “I keep looking at the medal and wonder if it is made of chocolate!
“This is just reflecting the work that David [Muntaner – coach] and everyone else is putting in.
“When you see others putting in the time and so much work, it really drives you on.” 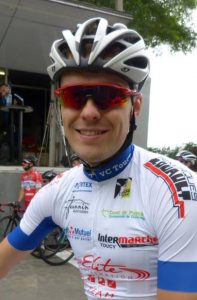