North Down`s David Hamilton followed up strong rides in the Tour of the North, and runner-up spot in the Bann Valley Classic, to score his first win of the year in the Mid-Ulster GP at Cookstown on Sunday 24th April.

Hamilton now has his sights on next weekend`s Tour of Ulster, and the An Post Ras where he will form part of the North Down CC squad who enter both upcoming stage races with a strong 5-rider roster.

The A4 race saw the promoting Harps Club score a 1-2 with Brian Mitchell and John Morton taking the honours. 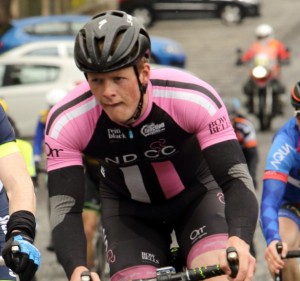 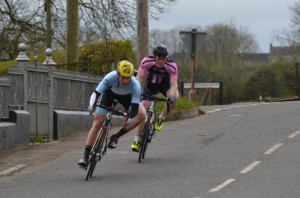