At the event in The Grange Council Offices, Cllr McCann said:

“I want to take this opportunity to congratulate Fintona Cycling Club on their 50th anniversary. The club and its members have brought great distinction to the district since being founded in 1968.
“The club have been involved in promoting competitive cycling, leisure cycling and been involved in fundraising for many charities. 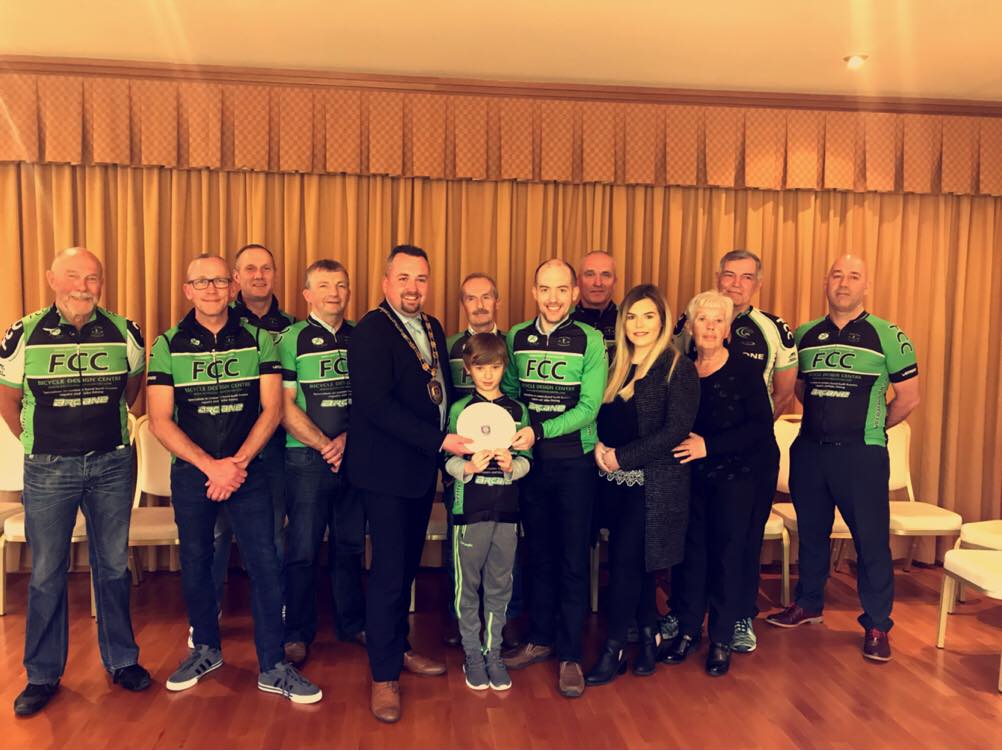 “I want to thank Councillor McCann for holding this reception for us this evening. This year is a big milestone for the club and I want to thank all our current and past members, particularly those who are no longer with us for all their hard work.

“Cycling wasn’t always as popular as it is today and for many years we were the only cycling club in the district and I’m glad that our membership is still gathered from across West Tyrone.

“I look forward to continuing to celebrate the club’s 50th anniversary for the remainder of the year and undoubtedly the high point will be our open race in September, the Patsy McElhatton Memorial, named after our founding member and long time President.”