Commonwealth Games Team Manager, Anthony Mitchell wishes to remind any athlete who feels they have met the standard to please contact e-mail cyclingulstercwgteam@gmail.com 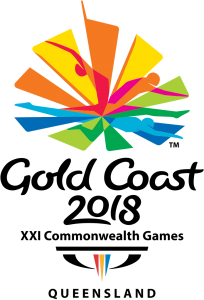 This document outlines the performance standards required for members of the Northern Ireland Cycling Team for the 2018 Commonwealth Games (CWG) in Australia.

Cycling has appointed Anthony Mitchell as the Coach/Manager, and Gary McKeegan as the Assistant Coach/Manager for these Games.

The final selection to the Northern Ireland Commonwealth Games Team is not made by Cycling Ulster.

The Northern Ireland Commonwealth Games Council will select the team based on nominations and therefore attaining the required performance levels does not guarantee selection.

Any cyclist who feels they meet the criteria should notify in writing the CWG Coach/Manager, Anthony Mitchell, to ensure they are kept fully informed of any changes in the criteria. Contact cyclingulstercwgteam@gmail.com

A copy of this document will be available via e-mail or hard copy, with updates added periodically. These will be forwarded to the Cycling Ulster Secretary and published on www.cyclingulster.com . Any athlete registered with the coach/manager will be kept updated by e-mail.

Full details of eligibility are available from the Commonwealth Games Federation Constitution, http://www.thecgf.com/about/constitution.pdf  with details in appendix 1 of this document.

The objective is the selection of a team that will prepare and perform coherently with the objective of winning medals at the Games whilst broadly fitting within Cycling Ireland`s High-Performance plans.

Cyclists will be nominated by demonstrating their ability to compete in specific events and by achieving the required standard.

The selection criteria have been formalised by analysis of the performance results at previous Commonwealth Games and other events.

The qualification period for reaching the required standards will be January 2016 – 1st December 2017.

Meeting any of the qualification standards listed will result in the rider being considered for Commonwealth Games nomination, but is no guarantee of selection; Northern Ireland will not necessarily enter riders in all events on the programme.

A panel of selectors will assess all eligible athletes after the qualification period.

It is acknowledged that Road Racing is a team event, and nomination will be based on actual performances in high level 1-day races. The team will be structured on the specific nature of the event; its characteristics and location. It is envisaged that a flexible team will be assembled with a potential medal winning leader and dedicated support riders.

By the end of the qualification period, riders considered for nomination will have, in order of preference –

Achieved a top 15 placing in a UCI ranked 1-day event,

By the end of the qualification period, riders considered for nomination will have, in order of preference –

By the end of the qualification period, riders considered for nomination will have –

Achieved a National Championship medal in a similar distance event.

Achieved a top 15 placing in a UCI XC 1-day event.

Being within the top 12 Commonwealth riders in the UCI senior rankings in any relevant discipline will also be considered.

(Excerpt from the CWG Federation Constitution as at March 2017.)

(a) not be currently under disqualification or suspension by the Federation, or their respective Affiliated CGA or IF or under the World Anti-Doping Code; 16

(b) comply with all applicable rules and regulations of the Federation, their respective IFs and the World Anti-Doping Code as may be modified and applied by the Federation to ensure that the overriding principles of the Commonwealth Games are observed.

A copy of the Appeals process is available on request.