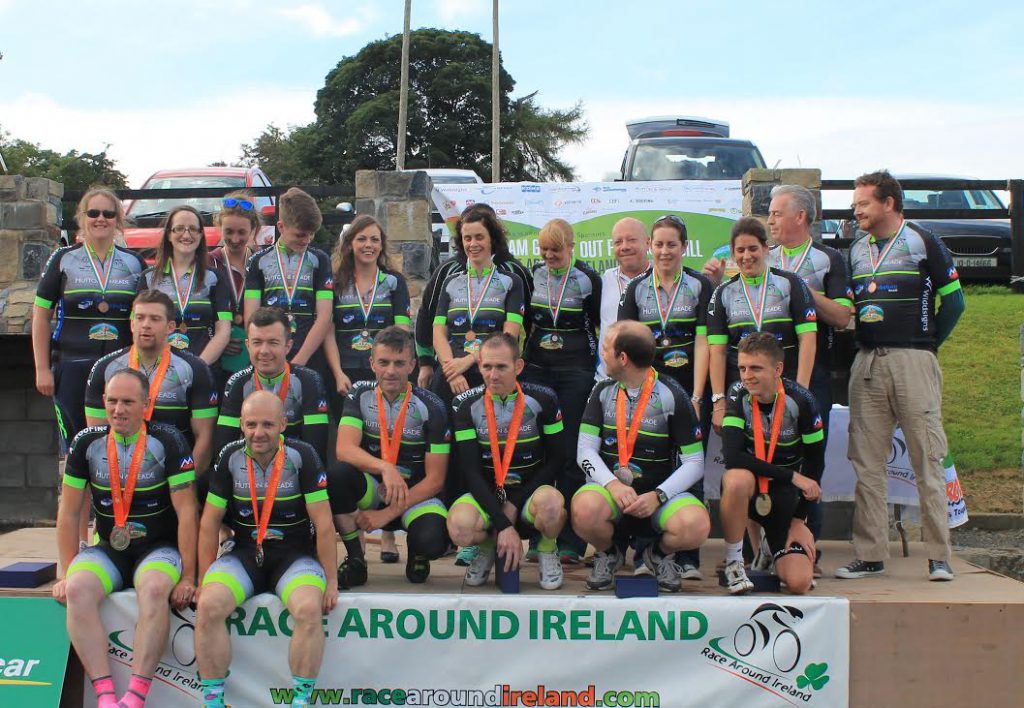 The Race Around Ireland is regarded as one of the toughest cycling challenges in the world and takes the racers on a 2,150km journey past some of the most stunning scenery in Ireland. The route will take you past Newgrange, The Causeway Coast, Malin Head, The Cliffs of Moher, The Ring of Kerry, Mizen Head, the Garden County (Wicklow) and back to Moynalty in County Meath and ALL within a week.

Carn wheelers had teamed up with ‘Team Grin it Out for Jack and Jill’ raising money for the Jack and Jill foundation  which provides nursing care and support for children with severe development issues as well as offering some respite to the parents and families.

Six Carn Wheelers, Cathal Doyle, Dean Lockhart, Stephen Walsh, Eunan McAlesse, Tony O’Doherty and Nicky Gormley joined tough cyclists, Alan Nugent and Sean Murphy  from Galway to enter the 8 man team event for the grueling race.  The time allowance for the team event is 96 hours to be considered an event finisher and once the clock started on Sunday afternoon it didn’t stop until the racers reached the finish line on Wednesday afternoon.

The team pushed on from early in the race, taking the lead early on and not relinquishing it to the finish line, battling a lot of wind on lots of sections.  With a lot of tough climbs on the course, including the legendary Mamore gap and the tough Kerry and Wicklow mountains it was always a battle to maintain the average speed.  The lads finished in an absolutely superb time of 69 hours and 3 minutes,setting a new Irish record and just very narrowly missed out on the overall course record by a scant 0.04km/h!

Entry for the 2017 event opens soon – the question is ‘Will the local crew be content with Irish record or will they be back for the overall record?’

This event takes a massive amount of work behind the scenes and the cyclists couldn’t do it without their support team – many thanks to all involved.  For anyone who wants to donate to the very worthwhile cause, they can donate at: 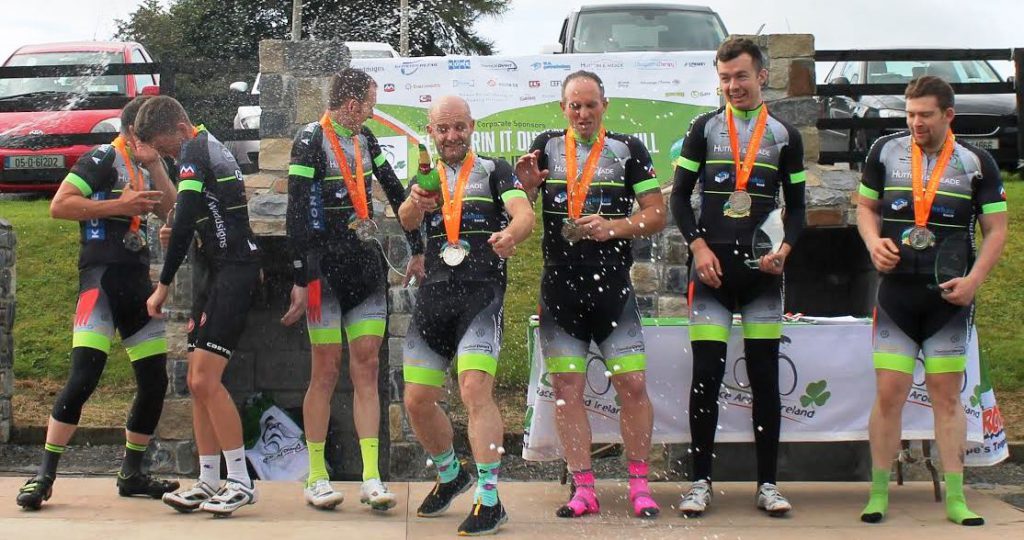