In 2015 the race was won by Bangor man Fraser Duncan (Team Asea). 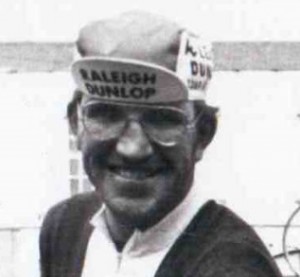 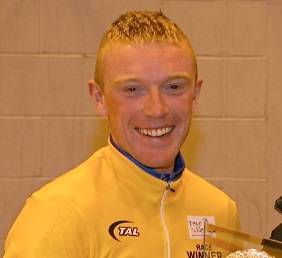 (R) Another 3-time winner of the event, again from the host club – Ryan Connor. 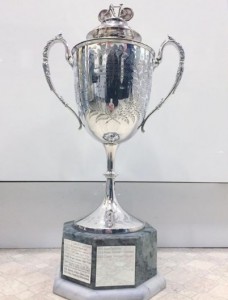 Saturday`s race rolls out from the Ballymena RC Clubrooms on Railway Street at 11am. The 65 mile race remains neutralised until Rathkenny, where it takes up its traditional route through Clogh, Loughguile, Armoy, Ballycastle, Cushendall, Waterfoot, Carnlough, before finishing in Broughshane.

(L) The impressive Red Hand Trophy will have a new name engraved on it after this weekend.

The club would like to thank Blair International Transport for their generous sponsorship of the 2016 Red Hand Trophy, and look forward to seeing a new name on this prestigious trophy at the weekend.

Saturday`s event is also round 5 of the 8-round Ulster Roadman`s Series, and with a number of key players absent on Ras duties, it will be an opportunity for others to claw back a few points in the overall standings.

Paul McCarter (Donegal bay CC), currently in equal 12th place, is the best placed rider on the start sheet, closely followed by Stewart Thompson (Spires CC) who lies equal 15th, one point adrift of McCarter. These pair, and the recently-upgraded Paul Ferguson (Powerhouse) could be the ones to watch at the weekend.