Annual Ladies’ Only Cycling Sportive launched in Derry this week

The annual Ladies’ Only Cycling Sportive, hosted jointly by the Foyle Hospice and Foyle Cycling Club, was launched this week. The sportive will be held on Sunday 11 September, with the start and finish at the Foyle Hospice on Derry’s Culmore Road. 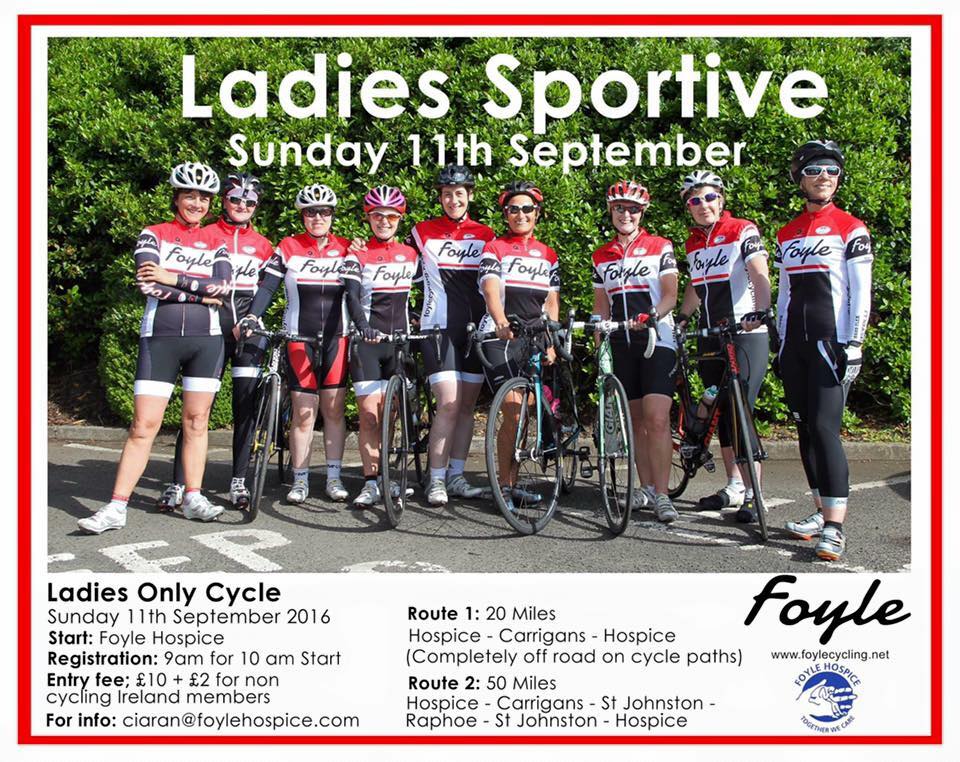 Now in its second year, the sportive plans to become an established event in the north west sports calendar, drawing people from all across the north of Ireland. In 2015, riders travelled from Antrim, Belfast, Inishowen, Limavady, Monaghan, Omagh, Randlestown and Sligo, raising almost £1500 that went towards the Hospice’s badly-needed services. Evelyn Donelly, Sportive Coordinator and co-owner of Derry’s Iyengar Yoga Centre, said the event is not just for the seasoned cyclist: ‘we have two distances – 20 miles and a longer one of 50 miles.’ She continued: ‘the 20-mile route follows Derry’s great off-road greenway paths, and is aimed at the casual rider, whereas the longer 50-mile route takes us into Donegal, passing through Carrigans, St Johnston and Raphoe, before returning back to Derry via St Johnston.’

With the organisers hoping for 200 ladies to participate, anyone seeking further information should contact the Foyle Hospice at (048) 71 35 1010 or email ciaran@foylehospice.com / enquiries@foylecycling.net. Entry fee is £10.00 (plus £2 for those who do not possess a Cycling Ireland licence), with sign-on available on Sunday 11 September from 09.00 at the Foyle Hospice. All riders will depart at 10.00 and light refreshments will be available on their return to Derry in the Hospice. 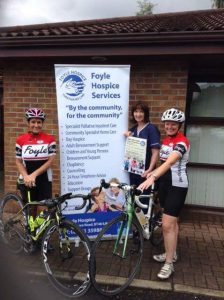