With the Cycling Ireland national Series reaching round 5 this weekend with the Stamullen GP on Sunday (10th April), already a number of riders have met the criteria of having scored in the required three Provinces.

With the Series still wide open, and dropped scores not yet coming in to play, Munster`s Sean Lacey holds a useful lead over Leinster`s Sean McKenna with Connacht`s Daire Feeley in third.

Ulster`s current best placed rider is Chris McGlinchey who currently lies in 5th place despite only having competed in two provinces. 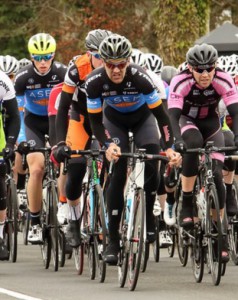 (Left) Newtownards man Adam Armstrong, always a force to be reckoned with when on form. He currently lies 10th in the National Series standings.

The Series continues throughout the season, with the North Down Grand Prix in August being the final counter, however there is still all to play for and a number of Ulster riders are expected to line up in the popular Stamullen event on Sunday.