Last night a meeting was held in Toome to form the new Cycling Ulster Road Commission for 2017. The meeting was well attended by both interested parties and members of the Executive. Maurice McAllister, Chairman of Cycling Ulster provided an overarching view of the duties of the Road Commission which will eventually look at all aspects of road racing from the length and difficulty of races, the racing calendar, training for mechanic as well as working with Juniors, U23 and Elite riders.

Frank Campbell, Ulster’s representative on the National Road Commission, provided information on what they were doing and how he envisaged the Ulster Road Commission feeding into the National plan.Following a Q&A session it was decided that the three main members should be elected. A number of people put their names forward and were elected unopposed.

David McCann agreed to act as Chairman for the year and he brings a wealth of road racing experience with him not only on the home scene but has a deep knowledge of the international scene as well. He has competed in several Commonwealth Games, winning a bronze medal in the team pursuit in India. McCann was the Irish national road race champion in 2000, 2001 and 2006. He has participated in the Olympic Games. He has also won the Irish national time trial championships a record 6 times (2001, 2002, 2004, 2005, 2009 & 2010). In more recent years he has been involved in coaching and in managing National teams. 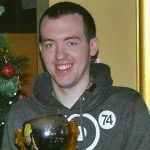 Patrick Withers took on the role of Secretary. Patrick is well known on the home scene and is a regular competitor in both road racing and time trials.

As Secretary of West Tyrone Velo.com he has also been involved in race promotion and brings that wealth of experience with him to the Commission. He has experience of track riding and is a regular participant in sportives and leisure events as well. 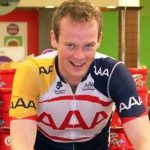 Peter McBride was elected as Treasurer. Peter was on the Road Commission in 2016 and brought teams away to events such as the Junior Tour and Rás Dhun na nGall. His care of the riders and attention to detail were obvious and this added to the experience for may of our Juniors.

Peter is well known in his home county of Donegal for coaching young riders and providing training opportunities for them.

In line with Cycling Ulster’s Governance Policy each Commission will have an Executive member assigned to it in order that information is fed back to the Executive on a regular basis and also to provide any guidance that the Commission may require. In this case Tommy McCague was appointed as the Executive’s Representative on the Road Commission.  As a qualified Commissaire, Tommy is very keen to help forward the work of the new commission and he brings a wealth of experience and enthusiasm to the role. 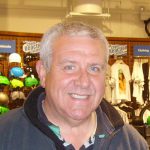 Maurice McAllister said he was delighted with how the meeting had progressed. He said, “We are very fortunate that we have attracted so many experienced people to the Commission. Others who attended the meeting tonight  and who have volunteered their services throughout the year will enable us to provide a full service to our teams and ensure that Ulster continues to lead the way. “