Tour of Omagh is unparalleled as one of Co Tyrone’s most iconic cycling events, the biggest A4 stage race of its kind in Ireland. Now in its 7th year, the 2016 SPAR Tour of Omagh will take place from 5th -7th August and is set to attract some of the region’s most prestigious cyclists.

The widely recognised event has gone from strength t strength over the years and produced some fine winners including two riders who have gone on to ride the An Post Rás, with one cyclist turning professional.

In 2016, the event continues to develop the separate Women’s race which proved very popular in recent years. The prestige of competitor’s who entered the race in 2015 was outstanding with female competitor Eileen Burns (Bann Valley CC) coming out on top securing a finishing time that was in the top 10 overall across both races.

There has already been great interest in this year’s Women’s event with Cycling Ulster already confirming a team as preparation for the An Post Rás na mBan. The Women’s race will cater for women of all categories (A1/2/3/4) which promises to make some exciting and fast racing.

“We are delighted once again to have SPAR back on board as our title sponsor for 2016 and wish to thank them again for their continued support for the biggest A4 race of its kind in Ireland.

We’ve got some challenging stages in store for our A4 and women competitors and we’re expecting places to sell out in record time given the interest we’ve received over recent months”.

Victoria Poole, PR & Communications Manager at Henderson Group, owners of the SPAR franchise in Northern Ireland, indicated she was excited about the event;

“SPAR are delighted to once again be the title sponsor of the 2016 Tour of Omagh for a second consecutive year. As title sponsor we are confident that this unique and challenging event will be well supported by not only local cycle enthusiasts, but by cycle clubs throughout Ireland. The Tour of Omagh truly tests cyclists limits by providing a range of competitions within the overall race. 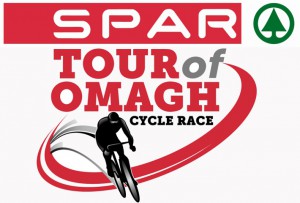 SPAR stores throughout Northern Ireland supply a wide range of fresh healthy locally sourced produce, perfect for participants who are in training and want to prepare well-balanced healthy meals. We are proud to be associated with this exciting event and would like to encourage as many people to take part and stay active.”

The race will once again have plenty on offer in terms of competition. The men’s race will cater for 110 cyclists, 100 of which will be allocated to team entries, and there will once again be a separate Womens race available across all categories.

Entries will open online for the event on 22nd July and close on 29th July via entrycentral.com. For further details, check the Omagh Wheelers website www.omaghwheelers.co.uk 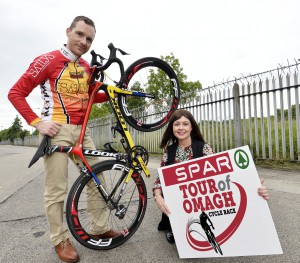